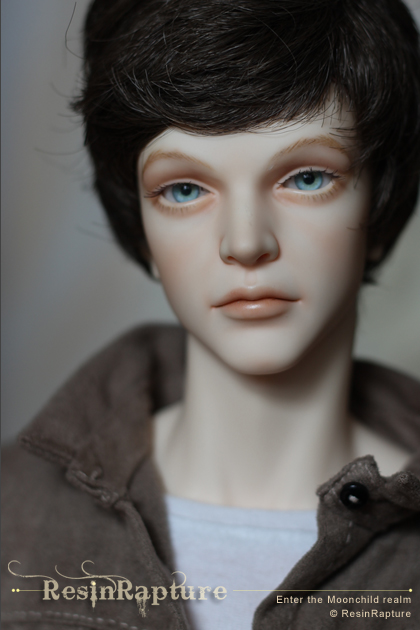 Alasdair met Seraphine in Paris. Or rather, nearly hit her with his car. The second he saw her, he was smitten with this angelic beauty who was standing in the middle of the street in the pouring rain, cursing like a sailor at the cab driver who just drove off with her cello in his trunk.

Alasdair offered to chase the cab, gave the wet through Seraphine his jacket to warm her up and after succesfully rescuing her cello he brought her home. She invited him to stay for dinner, and after that day he knew she was the one. They met almost every day and it didn’t take long for him to win her heart.

Alasdair is a bit of a geek, a highly skilled IT-specialist and hacker and a hopeless romantic, the perfect match for Seraphine. They both share a talent to get so immersed in what they love to do that they forget everything around them, so it’s no issue that Seraphine spends hours playing cello and he spends hours in front of the computer.

He grew up in a house full of women, and he’s not only very chivalrous but he is also a great friend who feels more at ease in the company of woman. He likes cooking and appreciates beauty and art, but there’s nothing effeminate about him. He doesn’t care much about his looks – well, ok, he doesn’t like wearing his glasses in pictures, so I’ll do him a favor and just post one – and despite his appreciation of beauty and Seraphine’s and his sister’s combined efforts he is a really bad dresser.

Seraphine missed him very much when she moved back home, but he followed her as soon as his job in Paris was done. He has found a house in the neighbourhood, and since his sisters like to visit with their kids there are so many Moonchildren in town now that they start feeling like a small community. Since isolation is one of the perks of being a Moonchild they all enjoy the company and visit each other frequently.