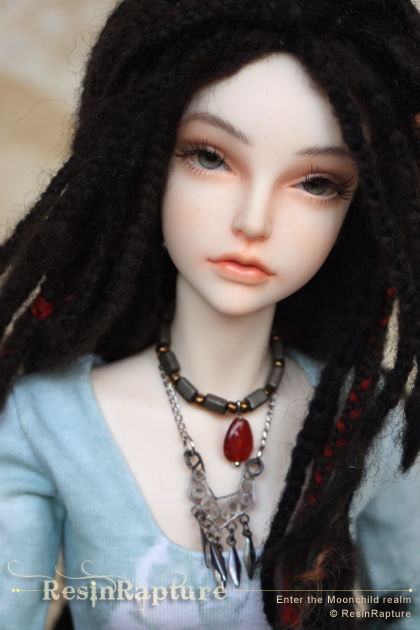 Neala and Finn are Eryn’s fraternal twins and they have just come back from a year of backpacking through Indonesia.

The family calls them jokingly “the wiggling bandits”. They don’t really look much alike, but they have a lot in common. They get their Celtic looks from their dad, they never tan, they just freckle. Neala and Finn are both great eyebrow wigglers, they can have a whole conversation just wiggling their brows. And they are both chaotic, creative, very funny and always up to something. They are also bickering a lot, which usually ends in one of them bursting into laughter. Finn is more of a clown while Neala is a master of puns.

But there are some things they take seriously, they are both idealistic and determined to become musicians or explorers. Maybe both.

Neala is a vegetarian, and she can get really upset about human politics, pollution and things she thinks are wrong. Moonchildren are usually not idealistic or very interested in human politics for long. With the life expectancy of a couple of hundret years you’d be in for centuries of disappointment. But Neala is fifteen, so Eryn hopes it’s a phase of puberty.

Neala loves music and theater, she plays the guitar and started to write several plays together with Finn, but they never finished one. She also writes lyrics, she is much better with words than Finn. Both of them do practise playing guitar a lot though, they like to jam, preferably outdoors. Finn is the better singer, but he tends to forget the lyrics Neala writes. They are both into indie rock and folk, Neala loves Coldplay, but she also likes Lenny Kravitz.

And Neala has a passion for old black-and-white movies. Film Noir or screwball comedy with Cary Grant, she knows most of the dialogues by heart. When she’s in a bad mood (she gets those phases of wallowing in adolescent Weltschmerz) she likes to be alone watching movies.

But she is too much of an outdoors person to be a movie geek. Neala feels most like herself when she is hiking through the woods, often barefoot. She likes the smell of earth, the rain on her skin and the sun on her back –  and she likes to be on the road with Finn. The two of them get really antsy if they have to stay indoors for too long. Neala doesn’t like deep water, though.