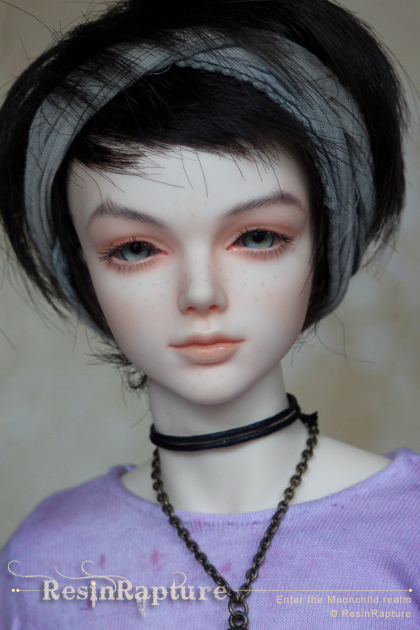 Neala and Finn are Eryn‘s fraternal twins and they have just come back from a year of backpacking through Indonesia.

The family calls them jokingly “the wiggling bandits”. They don’t really look much alike, but they have a lot in common. They get their Celtic looks from their dad, they never tan, they just freckle. Neala and Finn are both great eyebrow wigglers, they can have a whole conversation just wiggling their brows. And they are both chaotic, creative, very funny and always up to something. They are also bickering a lot, which usually ends in one of them bursting into laughter. Finn is more of a clown while Neala is a master of puns.

One of Finn’s talents is imitating voices, and his current favorite is the smarmy drawl of a rake right out of a schmaltzy movie. He loves to address his sisters as “madam” or “your ladyship”, wiggle his eyebrows and make them laugh with completely overacted compliments and bows. Just his giggle is still that of a ten year old, that kind of spoils the impression. But like Neala he is able to switch between silly and earnest within seconds.

Finn plays the guitar, too, and even though he starts a lot of things without finishing them he always finds the time to practise. He is a good singer but sucks at remembering lyrics. He also started to play djembe and he loves it.

Finn and Neala both like theater and writing plays, and Finn is great at improvising Punch & Judy shows for the younger sisters and the fosterlings.

Like Neala Finn is definitely an outdoors person. And he is not in the least afraid of water, he loves swimming, diving, rowing and surfing and he even tried to build a canoe last summer, but didn’t finish it. It kind of spoils the fun if Neala doesn’t keep him company. She helped with his canoe plans but she doesn’t like to go boating.

Finn doesn’t really want to grow up, and he is afraid that he and Neala might not stay like they were forever. But since they have been as thick as thieves for as long as he can remember he doesn’t really worry about that often.