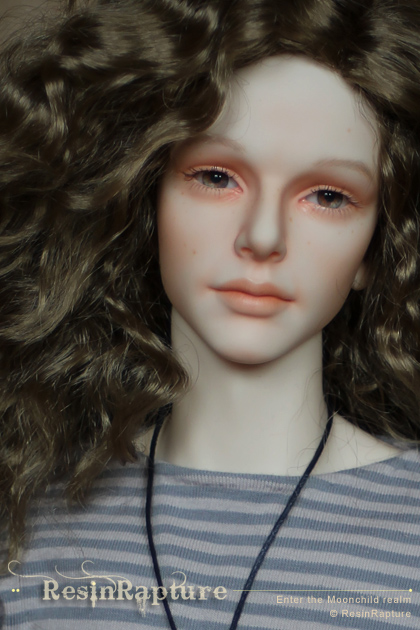 Leander is Ruben’s cousin, and he came for a visit and decided to stay in town. They last met when Leander was a kid, Ruben still with his notorious ex-girlfriend and Sophia four months old. They never really got to know each other and Ruben was too busy taking care of Sophia to make an effort to talk to his shy little cousin.
Once in a while Leander got a letter from Ruben, and the last one was an invitation to come visit.
Leander had never met Tristania before, and since he had just heard Ruben’s whole story they have a lot of catching up to do.

Leander is a painter and sculptor, and his work is well known in the human world. He is shy, very gentle and kindhearted and in a human society people would mistake him for a wuss. But even though he is shy of strangers and doesn’t think much of himself there is a kind of intensity about him, an interest in other people, nature, life itself that radiates energy and strength. Leander has a talent to cheer people up just by listening to them and smiling his bright smile, and he isn’t even aware of it. He just makes you feel like the most interesting person with the most exciting story to tell.

It’s the first time Leander experiences living in a community of Moonchildren – they usually don’t live in close proximity to each other – and he was curious what it would be like. He genuinely likes Ruben, Sophia and Tristania and her sisters. They introduced him to all the other Moonchildren in the neighbourhood and since he is great with kids they ask him to come over every time they see him.

And he is glad the kids ask him to join them so often, it’s a good excuse to visit the MacLeans every other day. He is far too shy to let her know, but Leander is fascinated by Unnea. He dared to ask her to model for a couple of drawings for a painting and she agreed to sit for him. They have been talking a lot more than he has been working, and she seemed to enjoy his company. Leander is well aware that she is older, smarter and much more worldly-wise, and he thinks too little of himself to dare hope for more than friendship, but still- he just has to see her again.

He doesn’t realise how very charming his special mixture of shyness and bright smiling eyes can be. Leander is the kind of person that makes people feel good about themselves exactly the way they are, and Unnea doesn’t know why and how, but whenever she meets him, she feels happy and relaxed.

But since he seems to have that effect on everybody she doesn’t read too much into it, she just enjoys his company whenever she can. Leander is the person she wants to spend time with after a long exhausting work day, so there’s hope ;).