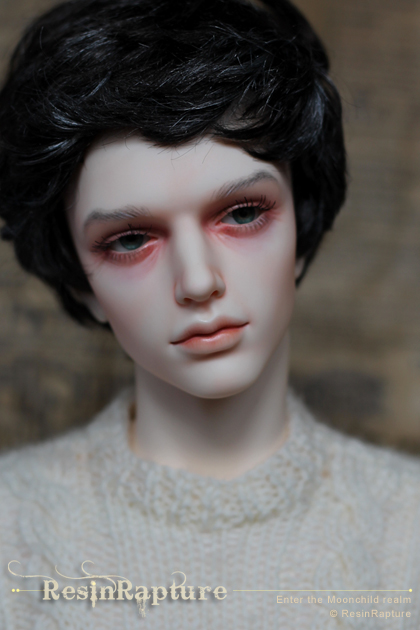 Corvin and Tabea Morgenstern are siblings, and they came in search of treatment for Tabea’s daughter Calliope, who suffers from Eclipse syndrom.

The Morgensterns descend from a very old bloodline, which has been the center of myths and legends for centuries. Dark beauty runs in the family and there’s a history of madness, excess, tragic love stories and violent deaths. The Morgensterns have a reputation for being all that is sinister, decadent and seductive: supposedly one of their ancestors was a siren, and that at least seems to be true.

But even if none of it was true, people are influenced by what they’ve heard about them, and there certainly is something mysterious and sinister about Tabea and Corvin. They have an almost lazy elegance about them, the way they move and talk is strangely lascivious and mesmerizing. They are very cultivated and soft spoken, but even if their remarks are jaded their dark husky voices sound like there’s an undercurrent of suggestiveness. That in combination with their dark beauty seems to inevitably attract people, no matter what gender.

And they do occasionally make use of it – or even like to play the part legend assigned them for their own amusement, but mostly they just accept it as a given and mind their own business. Neither Tabea nor Corvin are vile or even vain, but some of their ancestors certainly were.

Corvin has been around for a long time, he’s nearly 250 years old, even if he doesn’t look it. With that age comes a certain disillusionment, and even if there seems to be something byronesque about him, he’s far from being a romantic.

Being a Morgenstern meant growing up in a family that was too proud to ask for help, and Corvin watched his own mother go mad with untreated Eclipse syndrome. Maybe because madness had always been part of the family history his mother’s illness wasn’t taken as serious as it should have been in regards to the effect it had on Corvin and his baby sister, and Corvin tried to care for his mother and Tabea on his own as long as possible.

The scar on Corvin’s temple is a constant reminder of her delusional attacks of rage , but he and Tabea eventually found a place to stay at an uncle’s house.

Corvin had a lot of time to process his past, and he cultivated an air of bored cynicism and mock decadence, but he has always been fiercely protective of Tabea and Calliope. Like Tabea he attracts both genders, but something about the siren-blood induced infatuation of his admirers reminds him of his mother’s irrationality, and he was never able to simply enjoy the benefits. He’s actually often bored by it because he’s witnessed it for such a long time and he knows that it’s not about him, really. Still, he’s acting the hedonist, a caricature of the Morgenstern image, because it provides a certain ironic amusement.

And he is used to a certain life style, the Morgenstern family assets made it possible. He is definitely not the jeans and t-shirt kind of guy.

Since the Morgensterns met the MacLean sisters and Calliope gets treatment Corvin relaxed a little and actually found time and leisure for long walks and his interest in antiques. And he finds Eryn’s vitality surprisingly refreshing, all the more because she seems to be immune to his charms and just laughs at him.