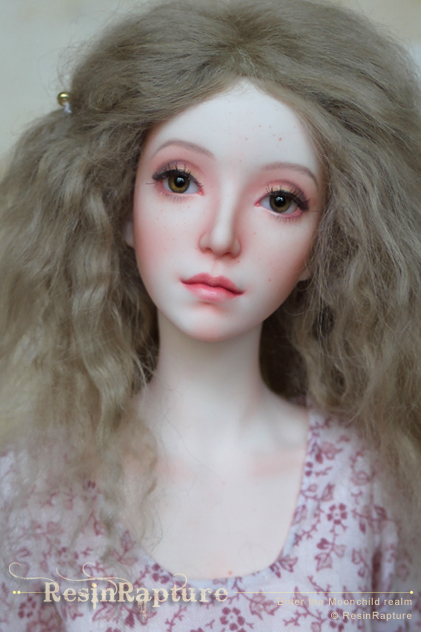 Viveca Nyberg is employed as one of four physios in a physical therapy practice. It’s part of the clinic where Esmeé started her new job as a receptionist. Viveca was one of the few who made an effort to get to know Esmeé, she treated her as a colleague, not as staff. The two girls became real friends. And since Viveca was looking for a place closer to work Esmeé will soon have a flat mate.

Viveca Nyberg started out working in post surgical rehab with all kinds of patients. Injury or illness – Viveca has seen a lot, and of course it can be emotionally draining. Especially after life-changing accidents or illnesses rehab can only aim for improvement within imitations. Patients need to start working for a future that will be very different from their previous lifestyle. Some of them just don’t see the point. It’s always a balancing act to be sympathetic but assertive enough to do her job. Viveca often felt helpless, she would have liked to spend more time with those who suffered from depression and didn’t make the necessary effort to regain the motor functions they could have had.

But these days most of her patients are kids with Down Syndrome. This specialization started with her niece, who was born with DS. Viveca wanted to learn everything she needed to know to help her with the development of optimal movement patterns. She tried to gain as much experience as possible in pediatrics, took courses and put in a lot of extra hours.

Continuous learning is part of the job anyway, but this time she discovered her specialty by accident, so to speak. She soon realized that she loved working with the little Down Syndrome patients. And her coworkers realized that Viveca seemed to have a talent to built rapport with the kids effortlessly and much quicker than the rest of the team. After a while her name appeared on recommendation lists written by parents, and now most of her patients are children.

Viveca doesn’t really know why she seems to have this special connection. Kids and parents trust her, and she is one of those people who bring out the best in others, without ever demanding it – just because she appears to have a better opinion of others than they of themselves.

Viveca is a very caring person, patient and optimistic. But despite her empathic abilities to sense a person’s emotional and psychological state she is hardly ever emotional herself. Her way of speaking and interacting is mostly firm, factual and objective. But there is so much underlying gentleness and warmth, a genuine interest in others, that nobody would ever accuse her of being unfeeling.

But even though she loves her job, Viveca has been thinking about future changes. She became very interested in speech therapy and the benefits in combination with physio. She dreams of adding a speech-language pathology degree to her qualifications and slowly change to working in that field. Viveca just doesn’t know how to manage study and work yet, but moving in with Esmeé to save time and money is a start. Viveca is very grateful for Esmeé’s support, both of them share the experience of challenging jobs and how stressful they can be. And they both love cats, a good book and hiking.

Viveca likes to experiment with cooking, preferably healthy and vegetarian, but she is also interested in historical recipes and “retro ingredients”. She can spend hours looking for ingredients at the farmer’s market, and she has a box full of Grandma’s recipes. She asks her coworkers with living grandparents and occasionally elderly patients and trades the recipes for cookies. Her coworkers like Viveca, and they love her homemade cookies. It became sort of a tradition to bring back vintage recipes from holidays or family visits for her. As a result, she has a motley collection of recipes from all over the world. Her coworkers think it’s quirky but sweet.

And they make fun of her partiality for rosehip tea. Viveca does not only drink a pot of it every day, she also likes clothes in all shades of it’s color. Viveca’s wardrobe is a mixture of the white she wears at work, plain casual and pastel colored flower prints. This preference for flowery dresses is something she herself considers one of her quirks. As if she could cast off her worries and stress with the work clothes and change into a spring day, refreshed and carefree. But quirky or not, she looks lovely in them, and the sight of her is enough to brighten up even the gloomiest day.