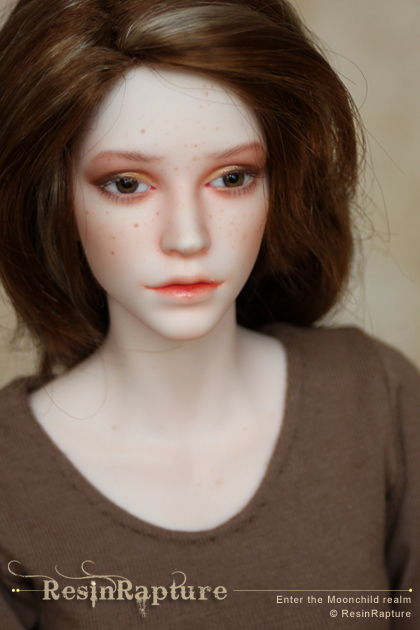 Roux de Moreau is a residential architect. She has mostly been working for an architectural firm that transforms and restores landmarks lately, and she loves it. She works a lot, often from home, and she’s a caffeine junkie. A day that doesn’t start with making a Thermos full of freshly ground pour over coffee with cinnamon is a lost day in her book.

Her coffee consumption might be the reason for her nervousness. Roux is also a bit of a worrywart. She worries about a lot of things, wether it’s her work, the future or if she forgot to do something, there’s almost always something on the back of her mind nagging her. Sleepless nights and acid burn as a result are side effects of this rather unhealthy mixture of caffeine overdose and a quirk.

She knows her fears and worries are irrational most of the time, but she can’t help it. Thanks to Queenie, who sets her straight and offers a very different perspective she is able to keep it in check.
It’s not really Roux most dominating trait and Roux herself is the person who finds it most annoying.
She started Yoga in addition to her modern dance class, and it seems to work for her. Her friend Ludivine gave her a huge aquarium for her birthday, and it has a calming effect on Roux.

Roux dated Walden for a couple of weeks, before they decided to go back to friendship. Roux closest friends Queenie, Walden and Ludivine are like family to her. She doesn’t have any relatives left after her parents died. The four of them are completely different characters but they have been true friends for such a long time that they all feel like a family.