The post title sounds like something out of a biker magazine, but my babes are fully dressed. I sometimes amuse myself with viewing the blog statistics, and there are some posts that seem to be rather popular, as far as search result clicks go. Stuff like a post titled ‘Hand jobs’. I wonder what people were searching for ;-).

All the boots in this post fit JIDs, Raccoon, FID girls and Myou girls. I ordered most of them from Dollmansion, but I have seen them in a lot of shops. They are MSD size and with under 20$ on the affordable side. 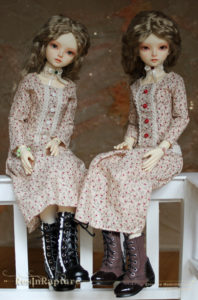 June’s black and white boots are a bit higher and wider than the brown boots Cinna is wearing.
They come in black, white, pink, light blue and lavender, all with a white trim on both sides.

The white and gold version looks a bit too glittery for my taste, I mistook the gold for light brown. I should have read the description before buying them. 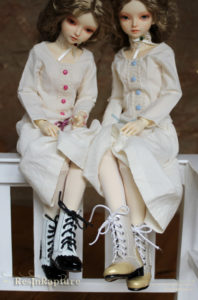 Roux loves her jeans colored boots. I use to replace the thick laces with finer ones, or at least cut the shoe laces they come with to a more manageable length. 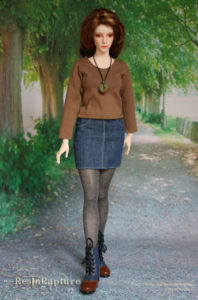 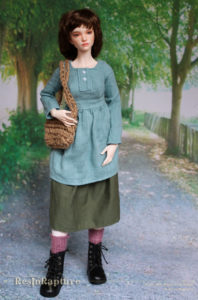 The boots Judith is wearing are regular unisex Dollzone boots, they are a bit bulky compared to the slim feet size of the boots below, but they work with this outfit. 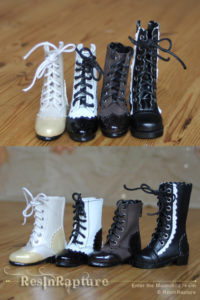 The jeans+brown version is missing in this picture, but these are some of the color choices.
No visible boots in the last one, I just liked the picture :). 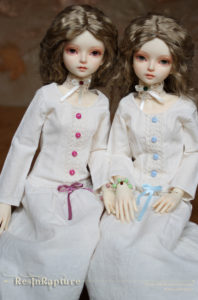 5 thoughts on “Babes and boots”