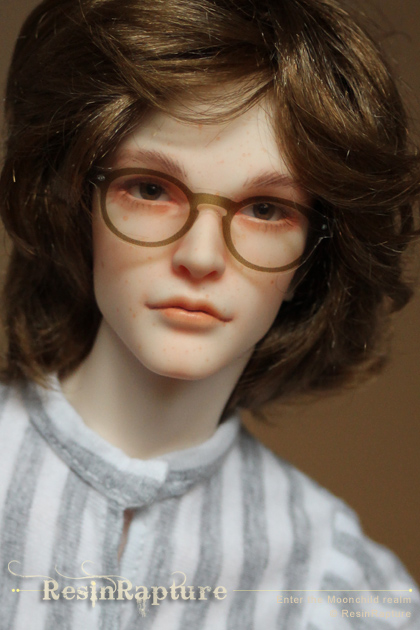 Gideon is a veterinarian for large animals, and he specialized in equine health management. He is Queenie’s vet, and she helped the couple when they were looking to buy a house next to the stables. Due to their upbringing Gideon and Judith sometimes feel like living in a foreign country, and the amount of paperwork was quite intimidating. They are happy to have found friends in Queenie and her housemates.

Gideon loves almost every aspect of his work. He likes driving through the countryside, the rural communities, the mud and the labour. He mostly treats horses, partly because he just likes them and partly because he prefers the work environment of his specialization over that of food cattle health management. He works two days a week at an equine hospital, the rest of his time is spent looking after the horses in the countryside. He does not require veterinary practice rooms, animals that can’t be treated in their stables are brought to the hospital. But he and Judith have turned an extension of their house into a small practice where people can buy supplies and medication. They have two stable boxes for horses that need monitoring.

The only thing he doesn’t like that much is that he doesn’t have as much time with Judith as before. She started to manage the practice office and she still assists when he is working close by. Horse riding, working in the garden and chores are still things Gideon and Judith do together whenever they can. Idleness is something they can’t really enjoy, reading is an exception.

Gideon is a very kind, reliable and level-headed man. Hutterites are raised to be altruistic and humble, appreciate simplicity and a lifestyle far from the outside world’s consumerism. Modern technology is not rejected, but it is meant to be used for work only, not for entertainment purposes. And even though Gideon has no qualms about spending a lot of money on medical equipment he still doesn’t feel comfortable with spending money on his clothes or items he doesn’t really need.

But since he left the colony he gradually started to enjoy things he never thought he would, like cooking, audio books on his way to a patient or singing along to loud rock music in the car. Hutterites grow up eating their meals in a communal room with the entire colony, and Gideon and Judith love having lots of people over for dinner.