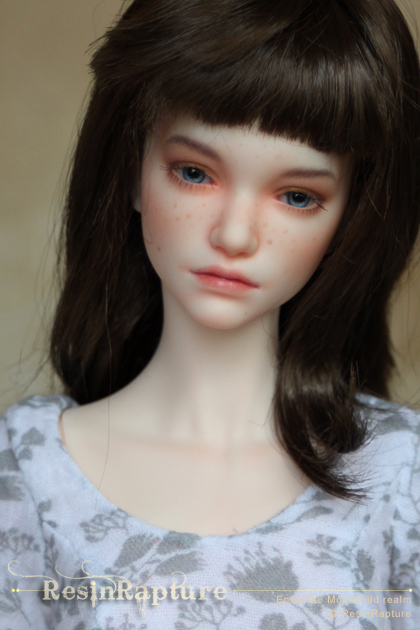 Judith’s personality is an interesting mix of confidence, strength, insecurity and ingenuity. She is more pragmatic about certain aspects of life outside the colony than Gideon. Like actually sending out vet bills or organizing the office. Gideon still treats most of the life stock in his home colony in exchange for fresh food or free of charge. But the world outside is not a commune, and Judith knows that they have to toughen up to survive. She has good people skills and can be firm, stubborn or sensitive according to what is needed.

Judith has a talent for technical stuff and maths. Fixing equipment, organizing appointments or calculating dosages is something she likes to do. In addition to blood testing and lab work, changing bandages and managing the office Judith started to sell health care products for horses and dogs. She set up a small shop with diet food, grooming supply and all kinds of items horse owners from the nearby stables need. A lot of horse owners just pop in to have a chat and buy some treats. It’s a lot of extra work, but Judith loves the company.

But there are things that frighten her. It worries her that she has to look after herself in a way she never would have needed if she had stayed in the commune. Sometimes it makes her anxious to think about how to provide for the kids she wants to have or what to do when she gets old or can’t work. Judith tries to keep those thoughts to herself, but Gideon knows exactly how she feels.

As confident as Judith is at her work, self-image doesn’t entirely depend on professional success. Judith is quite insecure about her appearance. Modest and plain dresses are what she grew up with, and old habits are hard to shake. She admires Ludivine for her sense of style and asked her for help, but wearing clothes she loves on Ludivine herself makes her feel inappropriately dressed. Judith loves sewing and knitting, she makes most of her clothes herself.

Judith likes the plain vet scrubs, but she still wears long skirts or dresses at home. She knows people think she’s a bit odd, but at least she doesn’t feel uncomfortable about wearing her hair uncovered and open any longer. And being with Gideon helps a lot. He understands – and he thinks she’s beautiful even in a mud stained overall.