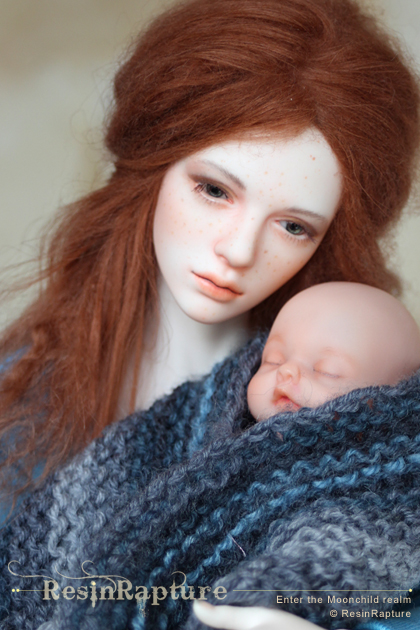 Melisande de Vries is a former member of the same ballet company Everett left some time ago, and thanks to his help she found a flat in the building next to Queenie’s parents house. Like in Everett’s case an accident ended her dancing carreer, albeit an accident of a very different nature.

About a year ago Melisande had a fling with a Portuguese clarinetist for the duration of the summer production. He was a member of the orchestral ensemble at the opera house and she never expected it to be more than just a fling. They parted as friends at the end of the repertory season.

When she realised she was pregnant Melisande didn’t know what to do at first. But after some respite and finding her parents very supportive she decided to embrace single motherhood and look for new career opportunities. And since she already had some experience in that line of work she was offered a job as a marketing specialist for the dance company. Now she can work on the website, social media marketing and edit dance videos from home while she takes care of her little girl. Melisande named her Evora, after her biological father’s hometown, but she’s called Vivi.

Melisande never regretted her choice. Of course it can be exhausting, but after years of strict diet, long training hours, discipline and competition she rather enjoys her new life as a mother. Melisande never really liked the fierce and sometimes aggressive competitiveness and it’s a relief that she doesn’t need to fight any longer. She is usually kind, good-tempered and considerate, but Melisande also has a quiet tenacity that helped her reach her goals in dancing. And Vivi is just adorable. She’s easily soothed, doesn’t cry much and is usually quite mellow. Melisande is never short of volunteers if she needs a baby sitter.

Melisande and her four neighbours next door became good friends, and Vivi is just as happy to be carried around by any of them in her baby-sling. Her favorite baby sitter seems to be Walden, though. They all think it’s hilarious, and Melisande is very grateful for the help.

She tries to work out at least twice a week to lose some of the weight she put on during the pregnancy. She misses the exercise and still loves to dance, and the girls sometimes just have a spontaneous dance party at Everett’s. Melisande and Ludivine share a love for treasure hunts at flea markets and thrift stores, and while Ludivine looks for decorative items Melisande tries to find unique layer-style clothing and interesting fabric. She’s a skilled seamstress and likes to sew her own clothes or quilt.

Melisande’s place is small but very cozy and decorated with lots of quilted mandalas, cushions and all sorts of esoteric looking goods like statues, brass incense holders and candles. She has her own version of spirituality and some quirky personal rituals for luck. Something between Wicca, belief in the spiritual power of nature and Paganism, but it’s more of a spiritual affinity with a pinch of salt. She received many of the paraphernalia as a gift – she believes neither in crystal balls nor in reading tarot cards. But they sure add to the mystical athmosphere of the place. Melisande’s home made cookies are always a treat, and the girls like to hang out while having a little tea ceremony and a chat – or a card reading for fun.