I am asking for your opinion today. It’s a hairy dilemma, so to speak.

When I “create” a character, complete with look and backstory, changing anything about the initial look makes me feel uneasy. I don’t even know why, but once a doll has been introduced I don’t like to change the hair or eye color. If the face-up needs to be re-done, that’s different, but changing wigs at random just to see how it looks just doesn’t seem to feel right. Out of character, somehow. I usually end up putting the original wig back on, even if I change it for a picture.

But Judith’s hair bugged me from the start. Except for the boys and Mailin none of my dolls have bangs, and I thought I should give at least one of the small mature ladies a hair style with bangs. Just for a change. And I do like Judith’s wig, it looks kind of plain and unglamorous, and that works well with her story. But every time I look at her I feel there’s something missing, as if I was keeping her from developing her full potential. Plus, the color makes her look very pale. But when I do change her hair she might look less like her character. I am probably just weird to spend such a lot of thought on this.

So I am asking you. Should I give her a new look? This is how she looks now. Straight, shoulder long brown hair with bangs. 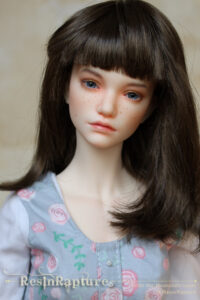 I have a couple of wigs I like on her. My personal favorite is the grey one, but she looks very pretty with the light brown as well. The dark brown is closest to her original color, but this very dark tone has the effect as far as the pale look is concerned. I will give the grey wig some proper curls, it has that combination of light waves and straight ends I don’t really like. 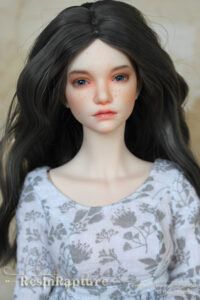 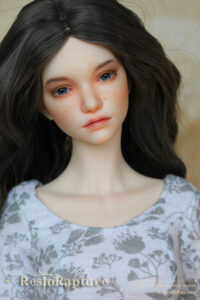 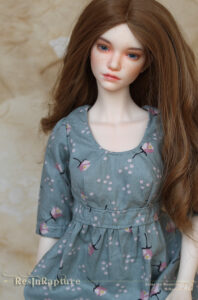 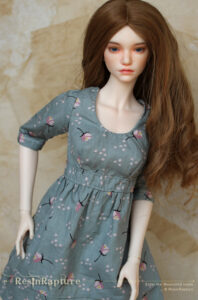 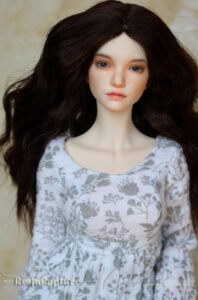 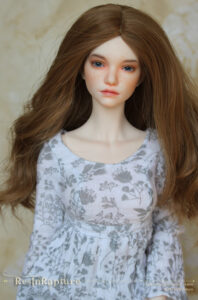 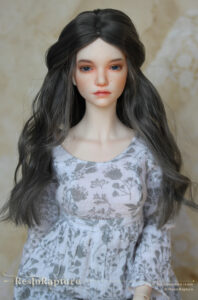 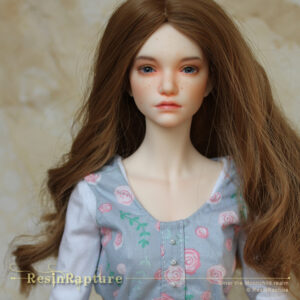 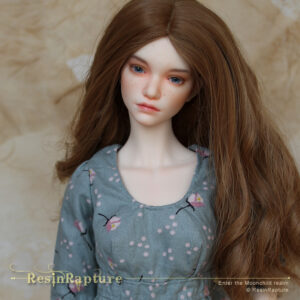 This is the grey wig after I gave it some curls. It would probably look too glamorous for her character in a different color, but the grey seems to keep it kind of plain looking and emphasizes her features instead. Even though it is a mass of hair. Or am I just imagining things? The brown wig with bangs is certainly the one that is the most manageable. So what do you think? 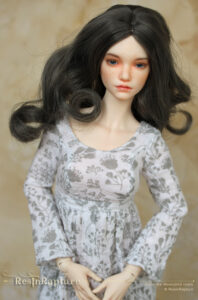 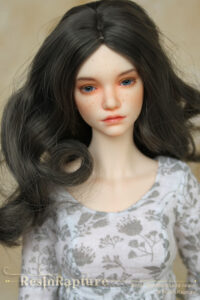 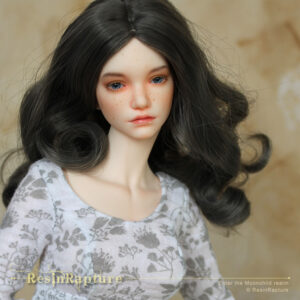 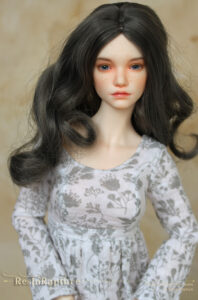 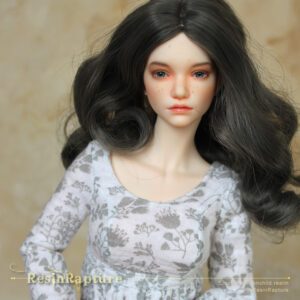 And since I didn’t show this before, some pictures of a new dress I made for Judith a while ago. 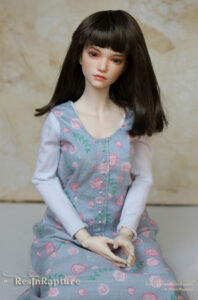