I didn’t want to write this in her character profile, but it took three attempts to turn Ivy into Viveca as she is now. I really struggled with this doll, but I am very glad I didn’t give up on her.

Ivy arrived in August 2021. I wrote a review of the New Slim body but she went back into her box after that. She looks very gentle and almost docile in the promo pics, but her sculpt really offers a lot more. I wasn’t sure where I wanted to go with her, so I thought I’d store her safely until I could figure her out. She isn’t the first Raccoon face that surprised me with a lot more sculpted detail than what the promo pictures show.

Ivy’s black haired promo pics looked so lovely that I ordered a black wig for her, and my original plans were black hair & blue eyes. I painted her the first time and just couldn’t bond with her. So I wiped her blank again and made a second attempt, just to drop her head after spraying her. Thank god nothing broke, just her face up was ruined. But I was so frustrated that I boxed her again after wiping the head.

She stayed in her box until March 2022. I had a lot of time to rethink her character, find a name and go in a completely different direction. I decided to trust that the eyes would be enough to make her look gentle and emphasize the strength in her features. A lighter, confident and fresh look in combination with those doe eyes. I was really worried that I wouldn’t be able to bond with her, but the third time is the charm: I absolutely love her now. She can look gentle and sweet, and she can look strong and confident. I can’t put my finger on it, but there’s something about her face that reminds me of Botticelli’s Venus, and the Dollshe Venitu sculpt, at least at a certain angle. Anyway, she looks great at any angle. Beautiful profile, too.

But enough of the talk, here’s more of this girl. Viveca in some of her new clothes. I have made more for her, but I am going to split the pictures into two posts.

This is the tunic and pants combination she wears in her character profile. I had those tiny salmon colored buttons for ages, and they never really looked right with any other fabric, but they are an absolute match with the tunic print. 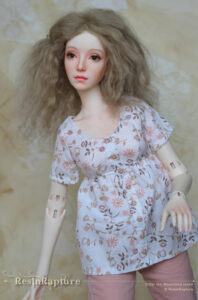 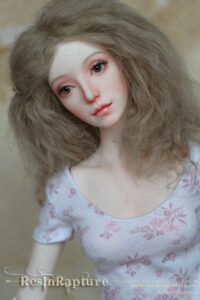 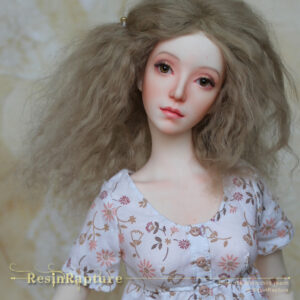 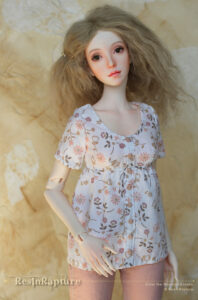 More flower print dresses. This is the same fabric used for two different patterns, unfortunately the light was not that good when I took these. The sleeveless version has an under-bust waistline and is shorter than the one with sleeves. I will probably take pictures of her in these again, so you will see the difference. 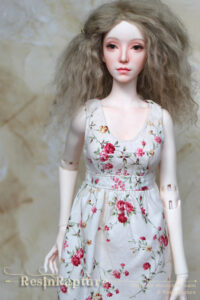 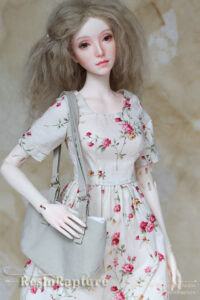 This is a dress with a curved waistline, slightly puffy sleeves and a layered skirt, I am not sure if this pointy waistline has a name. If any of you guys know what this cut is called, please let me know in the comments. 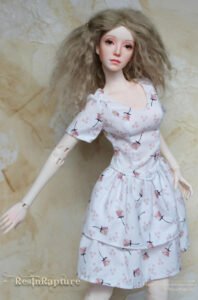 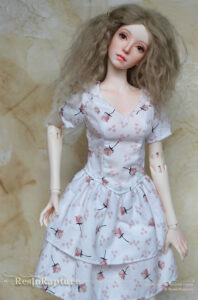 This shirt+skirt combination needs a friend who wears the counter-part. I made the pink layered muslin skirt for Viveca, but the green shirt fabric doesn’t suit her that well. But since it’s the same pattern as the pink shirt, Ludivine was happy to wear it and borrow the pink skirt. Viveca’s green skirt has a fake button panel, it closes in the back. 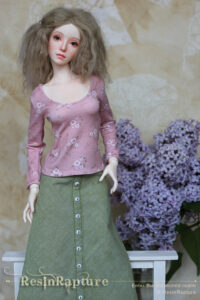 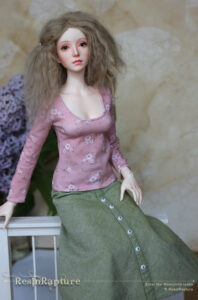 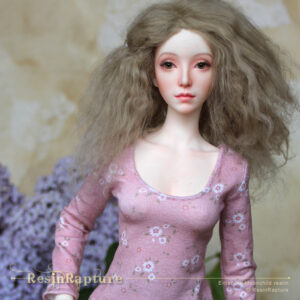 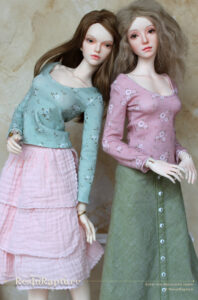 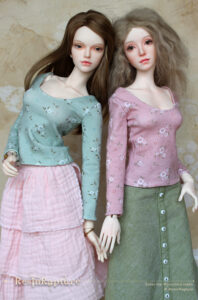 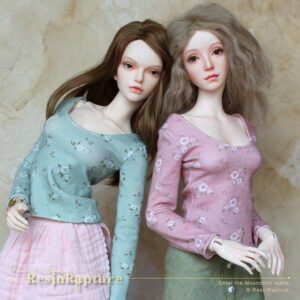 And last but not least a plaid dress. I have a lot of this fabric, it was a bargain, and I just wanted something cheap for a pattern test. But nonetheless I took the trouble to match up the checks as far as possible. And I am glad I did. I love her in this dress. (And it fits, pattern tested succesfully). 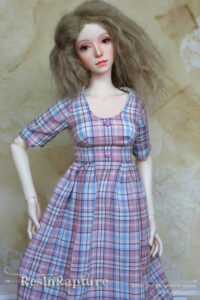 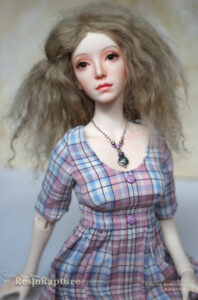 And while I was happily sewing away I spilled coffee over my good old needle book. It was already falling apart, so I thought I’d make a new one. Just in case you sew a lot by hand and want to make one, here’s the pattern. I found a nice video tutorial I will link for you, just in case you want some instructions. Mine looks a bit different, it has a flap and closes with a button and an elastic loop. 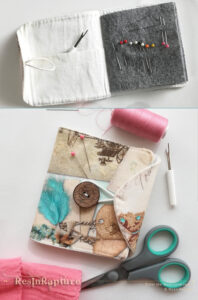 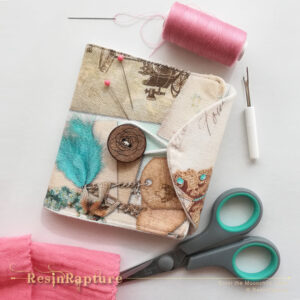