I had hoped to be able to show some box opening pics of Lara already, but she sat in airport customs for over a week after she arrived. I just had the pick up notification in the post this morning, and I am going to collect her first thing on Monday.

Meanwhile I’ve been busy sticking to my plan to make something for the big dolls again. And since Ruben hasn’t gotten anything new for ages I picked him as the next in line.

Sewing for Ruben is always a bit difficult. He just doesn’t need any more black leather stuff, he already has basics and he’s so heavy that I don’t really feel comfortable handling him. I am always afraid to drop him or scratch his ink.

And since there are no festivals planned for me this year I thought Ruben might go instead. I decided he will get something in Boho style. Or is it Gipsy? I have no idea. Leander will get stuff in a similar style, but it’s not finished yet. This kind of Indie-rock festival clothing is not really Ruben’s style, but he’ll have to wear it anyway ;). He gets to wear an awful lot of jewelry, drop crotch pants and an embroidered vest, and I made bracelets to go with it. And I like the result. Even if Ruben thinks it’s too close to the things goa-techno fans are wearing, and he doesn’t like that kind of music at all. So he’s happily listening to heavy metal while sporting the indie-goa-gipsy-boho vibe outfit. I still tried to keep the colors Ruben-style subdued, even if Boho usually comes a bit more colorful. But Leander will get something more bold, promised. 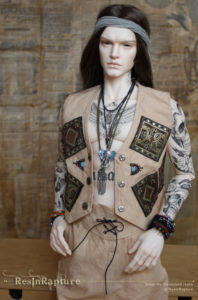 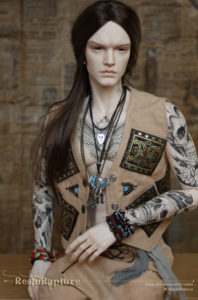 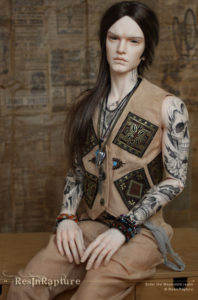 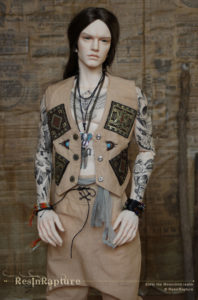 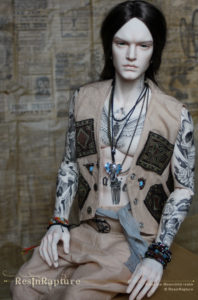 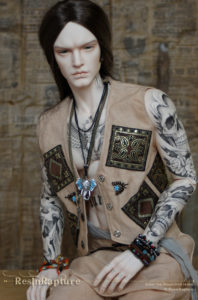 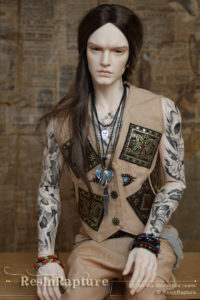