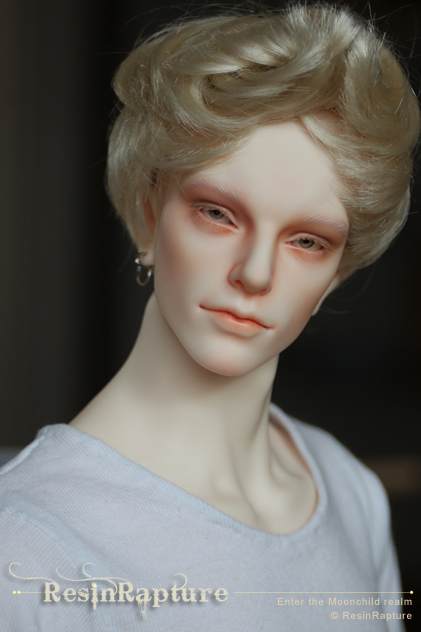 Everett Gregoriev is a friend of Walden and the girls and owner of their favorite pub just around the corner. The girls use to have lunch over at Eve’s after dance classes and they like to pop in every other night for a drink and a chat. Eve’s also hosts Friday night poker rounds, and Queenie is a regular attendant.

Everett was a professional ballet dancer when a cruciate ligament tear ended his career abruptly. He didn’t really have a plan B what to do after hanging up dancing shoes, and after a long, depressive recovery he decided it was time to start over. Everett didn’t want to go into teaching, but he missed the world of dance terribly.

And he found a way to still be involved and make a living around something he loved besides dancing: cooking healthy food. He opened Eve’s Eatery right across the street from the dance academy, and Eve’s soon became second home to his former fellows. The other half of his regulars are fire fighters, who use the gym in the same building.

The pub’s name is really Everett’s nickname. He hated it, but he got used to it, and after he quit the company he started to miss being called Eve almost as much as performing. It was Walden who suggested it, and Walden also helped financing the place as a silent partner.

Eve’s opens at noon, and you can choose food targeted to dancer diet requirements and a variety of nutritious protein drinks or just order plain old fish and chips or burgers. But Everett’s specialty is his food for athletes, and even if some of the fire fighters prefer junk food most of his regulars love the healthy menu and take advantage of his club card discount for standing order meal catering.

Eve’s became a place to eat, discuss and hang out after training and Everett loves being just as involved in the dance world as he was before. He actually got to know some of his former fellow dancers much better than he would have as a member of the company. Now he is some sort of father figure, therapist and friend, doesn’t have to deal with envy and ambitious drama and can still use the gym and dance if he wants to.

Everett still loves to dance and work out, he just needs the adrenaline. He has always been very disciplined and energetic, and he has a talent for switching from absentminded dozing to highly focused concentration within seconds.

He’s also very interested in learning more about the scientific aspect of nutrients, and he probably knows as much about it as any qualified nutritionist. And he just loves to invent smoothie creations.

Everett can play the piano and sing quite well, and he is a good listener.