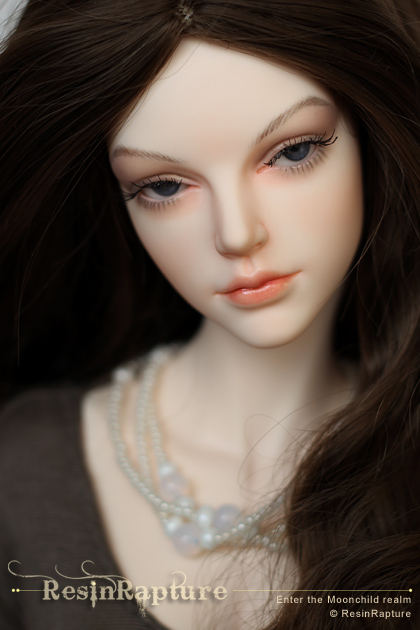 Corvin and Tabea Morgenstern are siblings, and they came in search of treatment for Tabea’s daughter Calliope, who suffers from Eclipse syndrom.

The Morgensterns descend from a very old bloodline, which has been the center of myths and legends for centuries. Dark beauty runs in the family and there’s a history of madness, excess, tragic love stories and violent deaths. The Morgensterns have a reputation for being all that is sinister, decadent and seductive: supposedly one of their ancestors was a siren, and that at least seems to be true.

But even if none of it was true, people are influenced by what they’ve heard about them, and there certainly is something mysterious and sinister about Tabea and Corvin. They have an almost lazy elegance about them, the way they move and talk is strangely lascivious and mesmerizing. They are very cultivated and soft spoken, but even if their remarks are jaded their dark husky voices sound like there’s an undercurrent of suggestiveness. That in combination with their dark beauty seems to inevitably attract people, no matter what gender.

And they do occasionally make use of it – or even like to play the part legend assigned them for their own amusement, but mostly they just accept it as a given and mind their own business. Neither Tabea nor Corvin are vile or even vain, but some of their ancestors certainly were.

Tabea knows that people sometimes mistake Corvin for Calliopes father, and of course she is aware of the rumours about her family, but like Corvin she never tries to put the record straight. Tabea is used to the effect she has on men and women alike, and she does enjoy the occasional flirt- with women, preferably.

This caused some irritation on Unnea’s side when they first met, because they both felt attracted to each other, but after a long talk about Calliope’s treatment the tension between the two of them turned into a kind of beginning friendship.

Tabea realised that Unnea knows how it feels to live with the burden of a myth about your person, and that she could just be herself without danger of being prejudged, so she really opened up to Unnea. The MacLean sisters are the first people who are not in the least surprised that the sinister Morgensterns are capable of giggles or other very common actions and feelings – they just seem to be able to see through the siren attraction.

Tabea loves jazz, the Golden twenties and flapper dresses, she is a great reader and shares Corvin’s interest in antiques. She also likes art nouveau and the pre-Raphaelites, she has spent hours at art galleries and whenever she has the time she visits art museums and exhibitions.

But mostly Tabea is just worried about Calliope’s health at the moment, and Tabea is relieved to see that the treatment seems to work. She and her brother rented a house nearby while Calliope stays with the MacLeans.