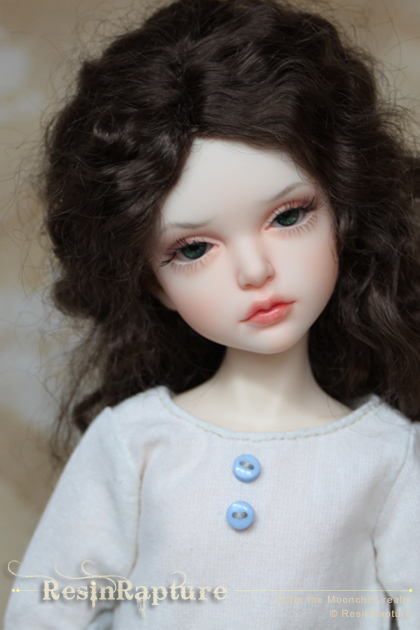 Tabea and Corvin Morgenstern are siblings, and they came in search of treatment for Tabea’s daughter Calliope, who suffers from Eclipse syndrom.

The Morgensterns decend from a very old bloodline, which has been the center of myths and legends for centuries. Dark beauty runs in the family and there’s a history of madness, excess, tragic love stories and violent deaths. The Morgensterns have a reputation for being all that is sinister, decadent and seductive: supposedly one of their ancestors was a siren, and that at least seems to be true.

But even if none of it was true, people are influenced by what they’ve heard about them, and there certainly is something mysterious and sinister about Tabea and Corvin. They have an almost lazy elegance about them, the way they move and talk is strangely lascivious and mesmerizing. They are very cultivated and soft spoken, but even if their remarks are jaded their dark husky voices sound like there’s an undercurrent of suggestiveness. That in combination with their dark beauty seems to inevitably attract people, no matter what gender. And they do occasionally make use of it – or even like to play the part legend assigned them for their own amusment, but mostly they just accept it as a given and mind their own business. Neither Tabea nor Corvin are vile or even vain, but some of their ancestors certainly were.

Calliope is Tabea’s daughter, and she suffers from Eclipse syndrome.
Moonchildren with Eclipse syndrome start running a fever every last quarter of the moon. Although the ability to control dreams usually just works with humans, the fever that comes with the syndrome can lead to a loss of the ability to differ between reality and dreams and a general loss of control of this special Moonchild power. Untreated it may lead to a form of lunacy that has similarities to schizophrenia. It’s one of the conditions that only affects Moonchildren and that can only be treated by Moonchild healers.

Calliope will be treatet by Unnea and stay at Eryn’s place for the duration of the treatment.

Since Tabea and Corvin knew that the syndrome runs in the family they brought Calliope as soon as she started to show symptoms. Calliope will be able to lead a normal life with medication, at least as far as the life of a Morgenstern can be normal. Tabea’s little girl already shows a lot of the siren heritage, and she has the eerie green-golden eyes that seem to point to a very strong manifestation of the siren attraction. Calliope will not have an easy life, and Tabea tries to tone down what comes across as prematurity by dressing her in little girl pink.

Despite all efforts Calliope is a troubled little girl, at leas she was before she started treatment. She had a phase of nightmarish day dreams, and her encounters with humans are frightening her. The Morgensterns are used to the effect their attractiveness has on humans- even though they forget them as soon as the encounter is over- but Calliope’s age makes them forget all restraint. She is picked up and cuddled by strangers and human kids are afraid of her.

But she got better very quickly, and Eryn explained the special Morgenstern effect to all the other kids. A lot of them suffer from various conditions, and Calliope doesn’t stand out much.