Findings in the fabric box

Did I mention that I found some things I had forgotten about? Not only things, but fabric as well. And since I have never used it I decided to make some quick new clothes.

First goes Calliope. She has a new pink muslin dress with a pinafore made from one of my findings. I grabbed it with other fabric pieces to sew face masks for kids, it wasn’t intended for doll clothes. But Calliope liked the little bunnies, so she’s happy.

For some reason I never really found the right eye size for her. I love the sparkly gold green, but they are too big and don’t photograph well, at least not when I am attempting it. Maybe I should look for some eyes for her again. 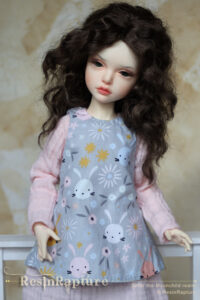 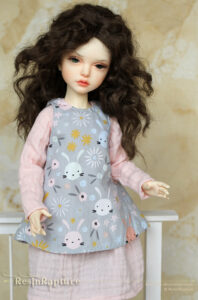 The next one is Solovet with a new skirt and shirt. The pattern is really rather large, but it works surprisingly well with her otherwise rather functional style. I will use this for Raccoon pants as well, I think. 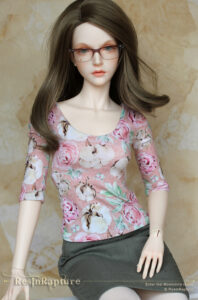 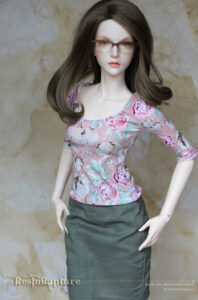 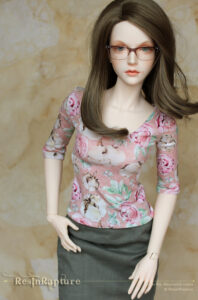 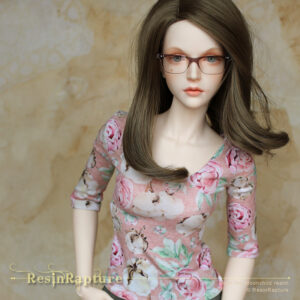 And I found this leather vest. I made it eight or nine years ago for Tristania, when she was still on her original SID body. It doesn’t fit her now, so Vasilissa took her chance and claimed it. 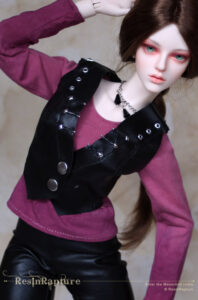 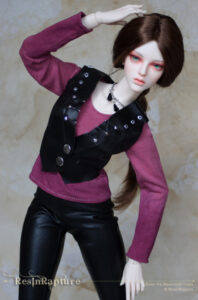 All of the pictures in this post suffer from the “I took these after work when the light was fading” syndrome, but I post them anyway :). Have a lovely weekend!

8 thoughts on “Findings in the fabric box”