Remember the WWE doll Carmella I started carving? I thought her features would work well for an older face. And since Mattel has released curvy and tall dolls, I thought I’ll create one over 40. The only body in that skin tone I had was the fashionista Barbie body, so she’s a bit inflexible. But don’t we all get a bit inflexible over 40? 😉 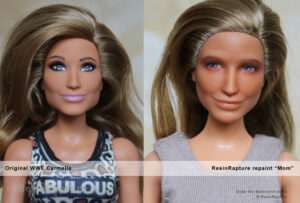 It was difficult to photograph her in a way that all the tiny wrinkles show – her skintone is rather dark. But I think it’s still visible that she’s older. I am really happy with how she turned out, she looks like the mom I wanted to create. 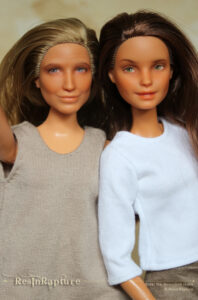 The daughter is another repaint I just finished, her name is Katie. She was a Yoga Barbie. I am not really a fan of the open mouth smile. But it’s sculpted, so I can’t really do anything about it except carving her, and I didn’t want to change the sculpt. Instead I gave her a bit of a lopsided smile to correspond with the eyebrows. 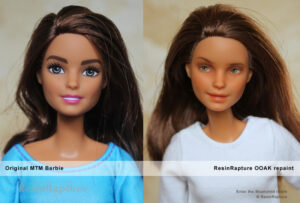 I hope I am not boring you with all the repaint posts ;). Just a couple more pictures. I really need to make more clothes for them. Or give them to Kamelia to dress them ;). I think this girl would look great in Rockabilly dresses. 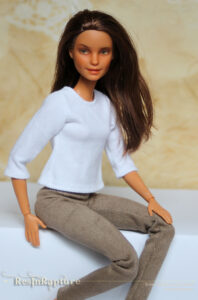 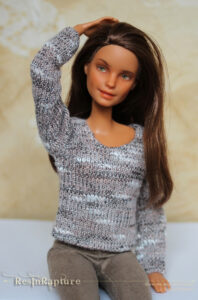 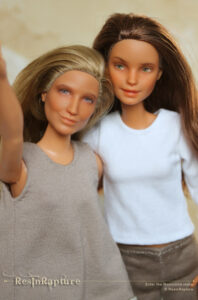 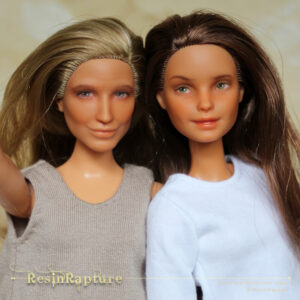 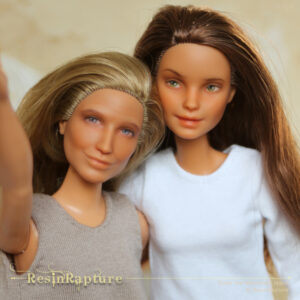