The second Blythe is finished :). I haven’t decided on her name yet, Ivy or Sylvie would suit her, I think. Any suggestions? And I had a lot of fun sewing for her and Betty. It’s just a bit difficult to photograph the clothes because the dolls can’t really stand well. Especially with this mass of hair. It’s lovely quality hair, and I don’t want to cut it off.

I used the opportunity to add a bit of fancy beading to the pull strings and made a new set of eye templates. I am not going to add those to the free templates, but I gave them to Casie from BeBeDolls as a Christmas gift for her support. I thought she might like to use them or sell them. I think she prefers to sell only her own designs, but she has some resin stickers for DIY eyes in her shop that are specifically sized to fit into Blythe eye mechanisms.

But she made a video about how to use the free eye templates on my blog to make Blythe eye chips. How cool is that? I asked her if she would maybe link to my templates somewhere on her social media, and she made the video instead. That was a lovely surprise, and I hope you give her a thumbs up and subscribe to her channel, if you own or like Blythe dolls. She made a lot of videos on how to solve problems with eye mechanisms, customization and other stuff that is really helpful. I know it’s a bit annoying to remind viewers or readers to subscribe, but all of us who produce content in any form depend on either the numbers or at least appreciate the feedback in form of subscriptions, likes or comments. If you get none of those you never know if anyone reads or views your content at all, and that can be a bit frustrating.

As for the eyes, I’ve tried both, glass domes and resin, and I have to say the resin stickers are a lot easier to use. Even if I still had to practice placing them exactly right. With the glass domes I found it easier to cut them out first and place them on the domes from the back side, just because the reflection can be very distracting. But since the resin stickers are sort of flexible you can start with placing them on the outer curve and still adjust the placement before you press them down.

And now: Meet Ivy or Sylvie 🙂 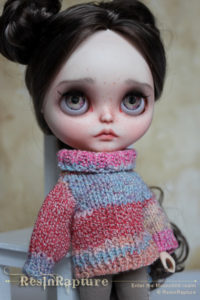 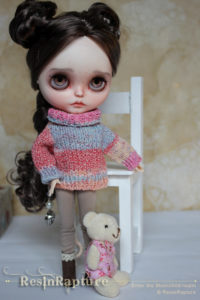 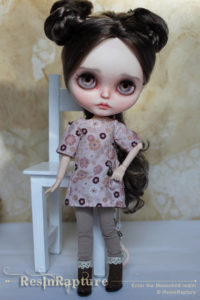 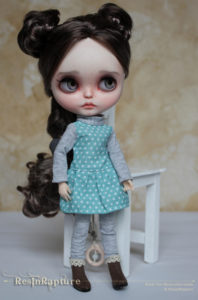 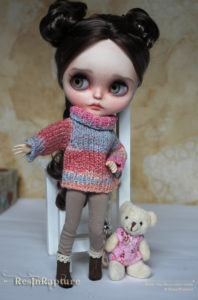 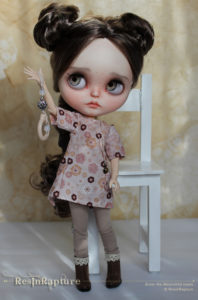 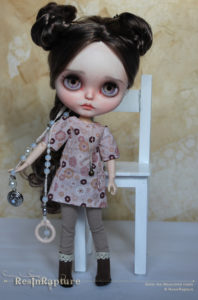 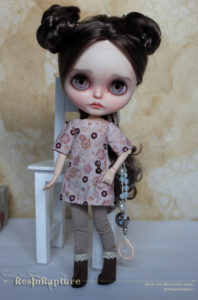 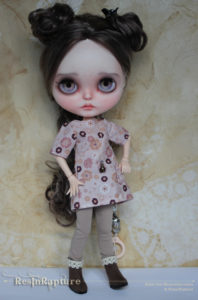 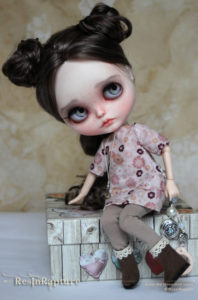 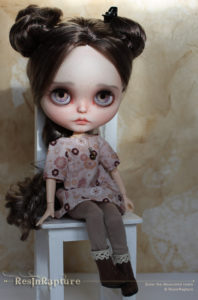 It’s funny, I have worked so much with the mature tiny dolls in the last weeks that Daisy seemed huge in comparison when I unboxed her. I thought for a second they had sent me a wrong size.