Do you know that moment of shock, the rush of heat in fear of damage when a doll falls and you are not quick enough to catch them? Karla fell today, face down on my shoe. Wen I picked her up I saw she had a black smudge on her nose and eyebrow. I really felt like crying. To my relief the smudge came off with a cotton ball, warm water and dish detergent. The tip of her nose is a tiny bit shiny now, but it could have been much worse. The last picture was taken after the fall, and it’s hardly noticeably.

But first something completely different: New dolls mean new clothes. And since all my dolls have their own clothes I like to store them separately. Some stuff like panty hoses, shoes and shawls are shared, but most of the clothes belong to one doll only.

And I found the ideal storage boxes. They are made to store paper or documents, and they are a little larger than a sheet of paper. It’s very sturdy cardboard, they have a lid and you can store them either upright like books or on top of each other. They are usually on offer once or twice a year at Aldi, together with cardboard magazine holders. I love these boxes. They are large enough to store clothes for one doll, but they don’t take up that much space. And it’s easier to find items if they are not in a big box at the bottom of the pile. I don’t care much for the designs, but they look ok. 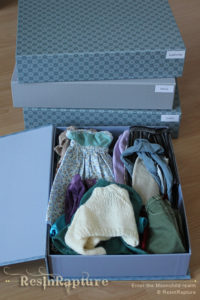 But now to the new clothes. I made a panty hose for Karla, and she has a new vest. It’s made from a fabric that’s really annoying when you have dry hands. Mine are really rough from all the disinfectant I have to use at work. The calluses caught on tiny elastic threads every time I touched it. Her new boots from He-meife arrived a while ago, and I made some fun stripy leg warmers to cover the laces. They are always far too long, but I rather hide them than cut them. 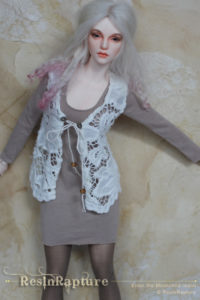 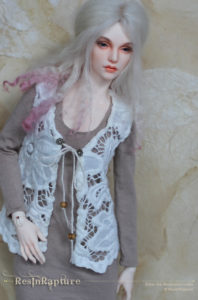 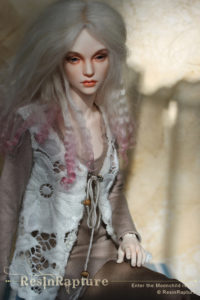 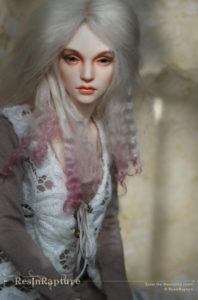 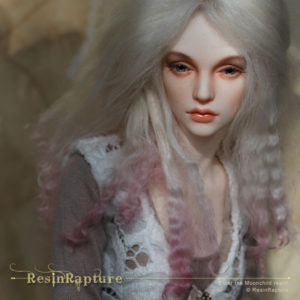 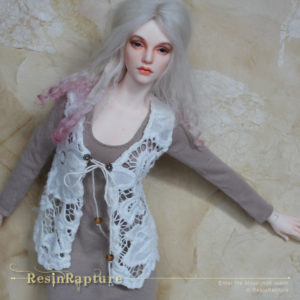 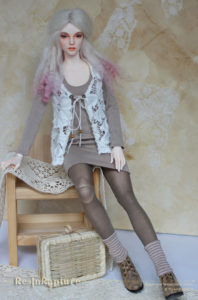 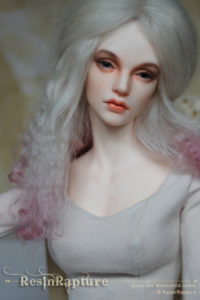