It’s getting chilly outside. Time for knit wear.

First Corvin. I made a cable-knit sweater in cream white for him. He’s wearing suit pants from freedom teller with it. 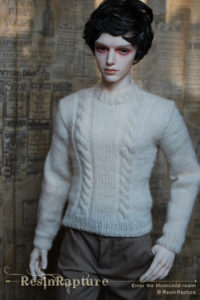 Alasdair got a new sweater, too. He liked this jacquard knit, and it’s very warm and soft. But he forgot to set aside the glasses for the picture. He agreed to let me post it, he is not that vain, even though he normally doesn’t want to be photographed wearing them. 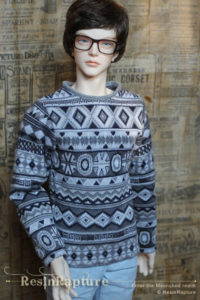 Leander borrowed one of Ruben’s sweaters, but it nearly drowned him. But he likes the colour and asked if I could make one in this tone for him. I guess I will. 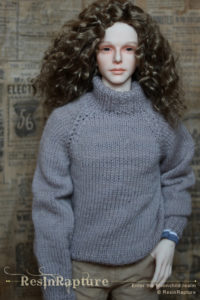 Ruben got it back. 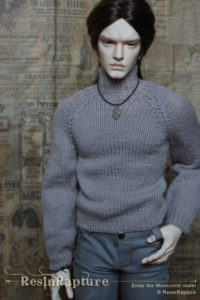 Neala is starting to wear shoes again. She usually spends the summer barefooted. Since the sun is still warm she decided a tunic and shawl will be enough for now. 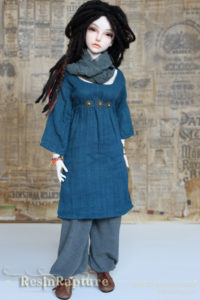 Sophia felt inspired by the blue notes. She got a new cardigan and a dress made from left over fabric to go with it. 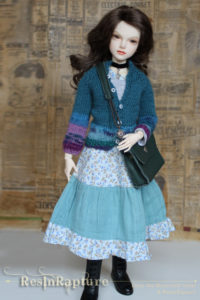