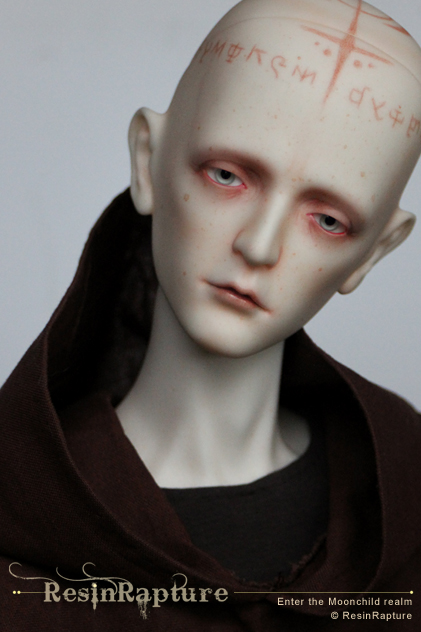 Enoch Luna of Arundel belongs to the ancient coven of supernaturals who are elected by members of the supernatural community to dispense justice, the order of Arundel. The coven was founded nearly 900 years ago at Arundel Castle, and since those days the coven members are named after it.

Each coven member represents a supernatural race, and Enoch was elected by the Moonchild community.
The coven members only ever judge matters of the race they belong to. Their call requires them to travel and attend council meetings, question the accused and pronounce judgement. All members can cast spells that force people to tell the truth, and members of the coven are bound to speak the truth.

It is seen as a great honour to be elected, but it comes at a high price. Some would even call it a curse. The rites of initiation are complicated and involve spells, sacred oaths and blood sacrifices. All members are branded with the secret runes of the coven and the symbol of the race they belong to. It’s a process of symbolic rebirth, all distiguishing marks of their former identity are symbolically removed by removing all hair.

During the rites of intitiation the coven members lose the ability to love members of their race. They have to break with their families, they lose all memory of their loved ones – to make them perfectly objective judges. They can still love people belonging to a different supernatural race, though.

Enoch lost all memory of his family, and although he does not remember the loss hurts him. He feels drawn to certain places, voices and smells and he couldn’t tell why. Like so many of the order of Arundel he feels a constant pain, a sorrow that is written in his face.

Only thinking of one person takes his mind off things. He has just met her four or five times in all the years, but he keeps coming back to the woods to catch a glimpse of her or even talk to her. She is a dryad, and maybe you will meet her one day, too.