I usually don’t offer to take face up commissions, but I had a couple of ideas I’d love to bring to life.

And that’s why I offered to do a free face up as a special christmas offer. This was the start of my christmas project. I posted it on a German doll forum, had a couple of replies and chose the head that I was most interested in painting.

Shipping and removal of an existing FU had to be payed for but the face up was free- on one condition:

That I could do whatever I want, without any specifications, mock-ups or sketches. The daring winner of this surprise-experiment is the lovely Sealchin and her Luts LuWen head- still with remains of his previous FU.

I am really looking forward to do his face, but his old face up- or the what was left of it- has to be removed first.

This was what he looked like when he arrived. It all came off without any drastic measures- even though it looked like the resin might have been discolored on the pictures I saw of him before he arrived. 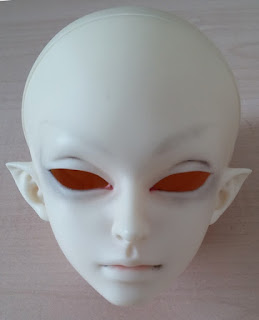 I will start after the holidays and post the result :).

I just finished this little guy. Once he was cleaned I couldn’t resist. Still waiting for his eyes, and he needs something to put on his head, but this is a sneak peek of his finished face.

I had a charakter in mind when I painted him, and this is his story. His name is Zacharias, but hardly anyone knows his real name. People call him “The Joker” or “OneOfFive”, and they believe he is a dealer of fate or some sort of mythological harbinger of what is to come.

Nobody really knows him, he appears and disappears without a word. When people are desperate, ill or old and close to death they look up one day and meet his eyes, and once people have seen him, they expect that one of the five will be their fate. It always is and it’s always unpredictable which one, that’s why they call him The Joker.

He doesn’t judge, it’s never personal, and he never actively makes anything happen. Some people say it’s all superstition and some kind of self-fulfilling prophecy, but even they lower their voice when they talk about him.

Zacharias really is born to be an omen of these five, there are others like him who bode other things in other parts of the world.
I will post pictures of him with eyes and stuff when I receive them.
Thank you, Sealchin, it was fun!

Meet The Joker. And watch out 😉 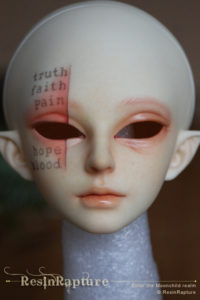 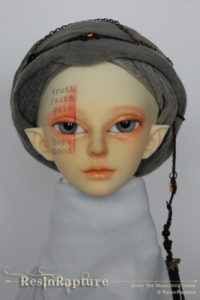 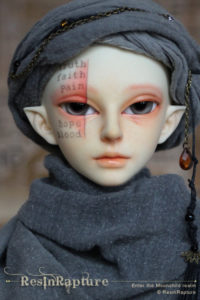 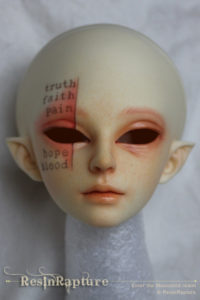 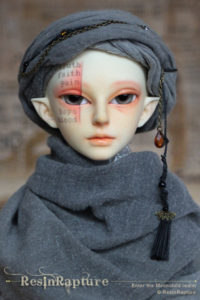