It’s the same every year, I almost forget about Halloween. Of course it’s hard to miss the Halloween themed pictures popping up everywhere, but the holiday doesn’t really have any cultural significance where I live. Like Valentine’s day it’s an adopted holiday. Halloween parties and the occasional Halloween decoration, but that’s it. No costumes or trick-or-treating.

We have St. Martin’s day in November, with processions at night, where kids with self made paper lanterns follow a “St. Martin” on a white horse to a place where a bonfire is lit. After that the children go from house to house with their lanterns, sing songs and expect candy in return. They don’t wear costumes, though, that would be at carnival.

Anyway, the kids love every opportunity to dress up. Dots wanted to be a ghost, and Mailin helped with her costume. Amanthis found a new bony friend. Skeletons don’t scare her in that size- and he looks rather friendly, doesn’t he? 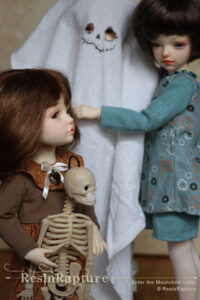 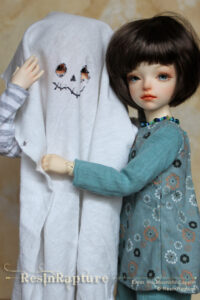 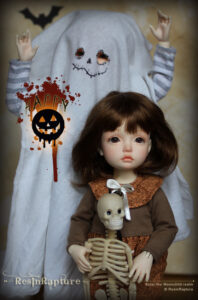 But since holidays became sort of international, I took the liberty to mix Halloween with the Día de los Muertos. I have not posted this one I believe. 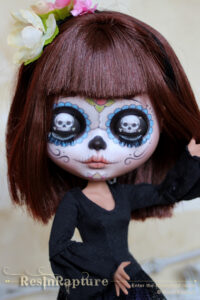 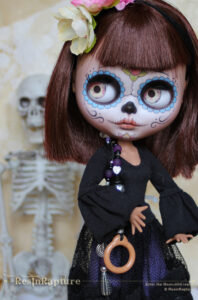 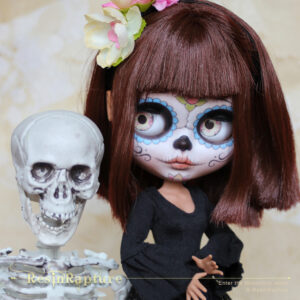 Happy Halloween! Is Halloween a thing where you live?