The garden diorama is still work in progress, but I have finished some of the things I want to use for it.

Today I made some boulders. They are not dry yet, so the final color will look a bit different. They are made of plaster bandages wrapped around wire mesh. I don’t know if I will use all the rocks, but they make for nice props. They were my rocky start into the public holiday today. 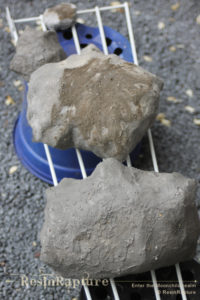 Also finished is the basic construction of the rustic stone wall, the small terrace and the basic layout of the garden. The steps are part of the terrace, but the walls are actually two pieces I can store away separately. I thought about making the terrace larger, but if I want to take pictures with the dolls and parts of the garden the dolls would look really small if I wanted to show all of it. And I would probably have even more difficulties in finding a place to store it.
The first picture shows the pieces of colored plaster glued to the walls, and  in the second picture the gaps are already filled with fake mortar. It’s papier mâché, really. 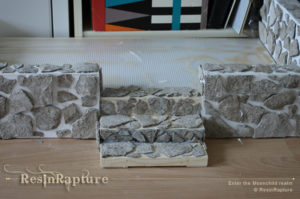 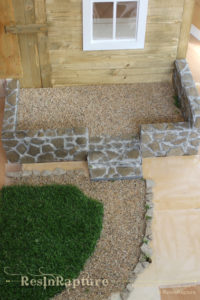 Still missing are the flower beds, but I already have some artificial flowers I am going to take apart. More flowers in different colors are hopefully arriving within the next weeks. 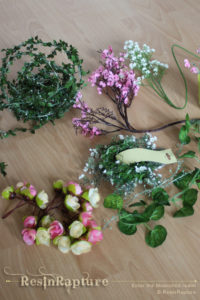 But I did finish the trellis with a climbing rose. I am not entirely satisfied with the size of the leaves, but I already cut those to a smaller size. They look nice enough, though. At least I hope they will. 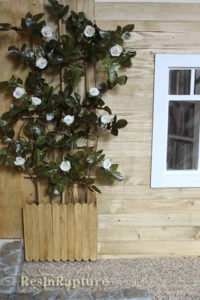 And since the bench is for the porch I made chairs and a table.

There’s still a lot of work to do before I have my garden finished, but the creation is what I love about making dioramas.